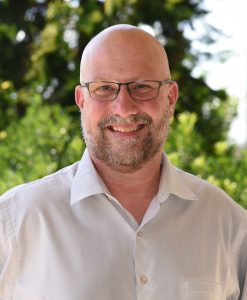 I was first introduced to chiropractic at the age of sixteen. Then four years later, while working in construction, I suffered from severe lower back pain. After trying all of the conventional treatments I finally tried chiropractic and it worked! It worked so well that I decided to switch paths in life and begin my undergraduate studies to become a chiropractor.

I have been in practice in the West Chester, PA area for the last 21 years. I also had a small Christmas tree farm that I ran with my wife, Kim. After many years of running a busy practice and a farm I decided to focus all of my efforts on my true calling, chiropractic. So in 2015 we sold our farm and sold an established practice and moved to Elizabethtown to raise our five year old twins in a small town where we work, live and can be active members in the community.

I am an active member of the Elizabethtown Rotary Club. I enjoy bicycling and camping with my family. My passion is to help people help themselves heal, the same way I did. 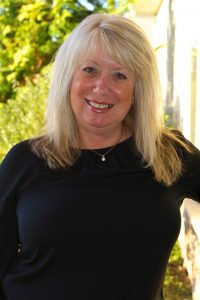 I am originally from the Northwest of England. You will be able to tell from my accent. I am married with 3 grown children and one beautiful granddaughter. My husband and I are now empty nesters apart from our adored chocolate and yellow Labrador dogs. I became a US citizen in 2017, so there is NO sending me back now. I look forward to meeting you when you visit our office.

I lived in Elizabethtown for 15 years now, with my husband and two very beautiful daughters. We enjoy lots of fun camping trip, biking hiking and relaxing on the beach. I look forward to meeting you at you next visit.

My Name is Amy Collins and I live in Elizabethtown with my husband, Pete and our 12 year old son, Tyler. We have a golden retriever named Leia and a tabby cat named Stella. I’ve just started recently at Elizabethtown family Chiropractic and I’m really excited to be a part of the team! I’ll be doing the billing, helping at the front desk and working with patients doing different types of therapies! In my spare time I enjoy spending time with my family and friends, walking my dog, doing yoga and going to the beach. Hope to see you soon!

I met Keith in 2006 riding motorcycles. We got married in 2007. We lived on the Yocum Family Christmas tree farm for several years. After becoming pregnant with twins in 2010, I decided to be a stay at home mom and operate the greenhouse on the farm. As the twins were growing older we realized Keith was never able to spend any time with us as a family. We made the difficult decision to sell the farm and his 20 year practice in West Chester and move to a small town where we can work, live and be involved in the same town. Born and raised in Manheim, Elizabethtown was like coming back home for me. When we purchased Elizabethtown Family Chiropractic in 2015 we decided it would be best if I became the office manager.

I had never been to a chiropractor until I met Keith. I was amazed at how much of a difference it made in allowing my body to function properly. He not only adjusted my neck and back, but my hips, shoulders and knee. It has improved everything I do on a daily basis. Our twins get an adjustment on a regular basis as well. They rarely get sick. I enjoy getting to know our patients on a personal level and expanding my knowledge about how chiropractic care can change peoples lives.